Stephen Burritt with his wife Martha (Stevens) and brothers Daniel and Edmund came to this area in the early 1790’s. He was granted land in the hamlet now known as Burritts Rapids and with the construction of the canal in 1826-1932. The land was “sub-divided” and subsequently the “island” became the heart of a thriving community. By th the mid-19 century, the hamlet boasted several mills, a tailor shop, hat shop, two shoe stores, a bank, post office, two hotels and even a resident doctor. Unfortunately, once river traffic was superceded by the railroad, which by-passed the community, commerce declined and the hamlet was left in peace. Old photos show Grenville Street has not changed much in 200 or so years- the shops have gone, but the structures have been carefully retained as private homes. 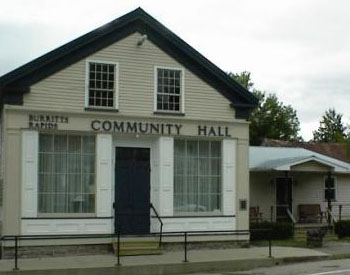 The Community Hall was built in 1840 by John Strahan French as a general store with living quarters above. Typical neo-classical with gable end facing the road. In 1902, the building was bought by the trustees of the Methodist Church for Church functions. In 1935 it was purchased by a group of residents and is still today owned and operated by the residents of the village. In order to maintain the building, it is rented out for various organizations and for private functions. Note the plaque on the building and the Ontario Historic Sign beside the Community Hall Building. 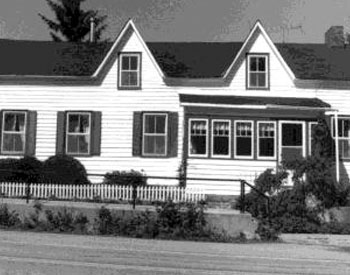 In 1841, J.S. French, his wife and 5 children lived here. The stone building on the north side was a blacksmith shop and was known as French’s Forge. A sawmill was also located on the riverbank at one time and he operated a gristmill across the road. 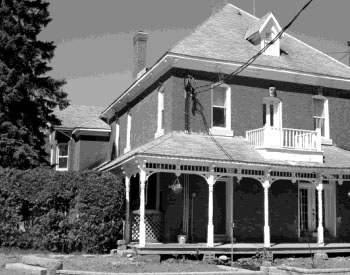 Built in 1895, to replace a frame building, by Thomas Kidd and called Riverview. Constructed of stretched bond brick with bracketed eaves, keystones on the exposed sides of the house decorated with terracotta heads. Also boasts an elaborate verandah. 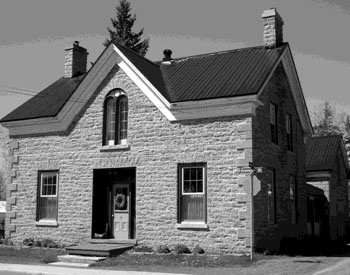 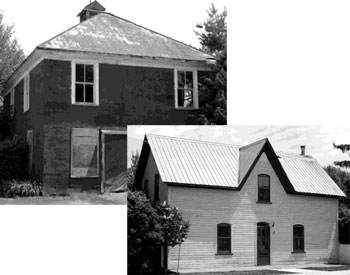 Bought by Erastus Harris, a blacksmith in the 1850’s. A steeper roof line and segmental headed doors and windows leads one to believe it was probably re-built about 1873. Next to the house is the red pressed metal building which contains an intact forge last used in the 1940’s. The forge was probably built around 1860. 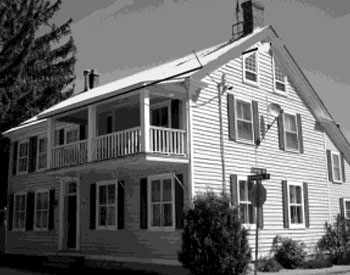 John Healey bought this lot from Henry Burritt in 1852. In 1853, tax assessment rolls show J. Haley listed as owning a grocery business here which he sold to Hamlet Burritt in 1875. Like most of the commercial buildings it was converted to a private home. 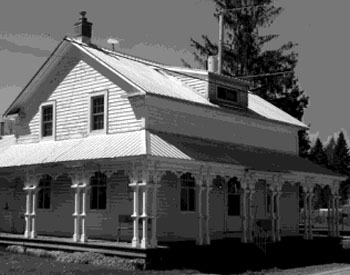 Typical 1½ storey mid-19th century building probably erected by George Burritt or his brother Edgar who was a carpenter. The elaborate treillage is a later addition. The house has been owned by the same family since 1922. 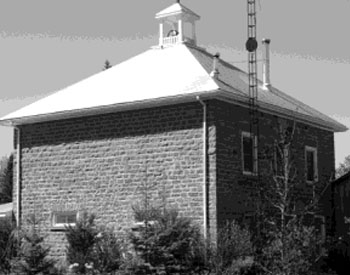 John Muir bought this property in 1959 and erected a home. Later he either sold or donated the building to replace the old log school house in the village. This school operated until 1964 and the building was sold and converted back to private home. 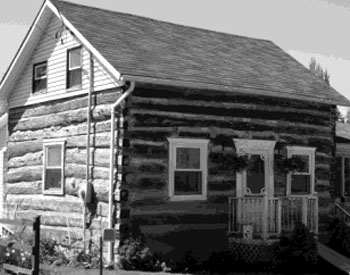 Original log house. Probably moved from another location circa 1861. The siding covered portion is a new addition. Continues East to rejoin Oxford Street. 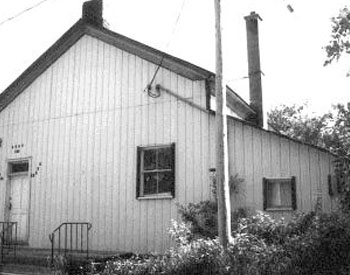 Thomas Johnson, an Irishman of Loyalist persuasion donated this land in 1857 to build an Orange Hall, now the Masonic Lodge. Walk thru the opening at the south end of the building and go right, this is one of the entry points to the “Tip to Tip” trail. 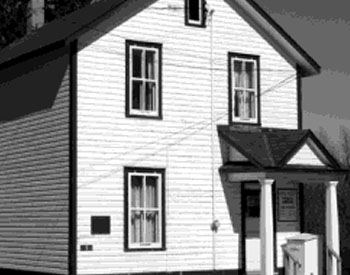 Parks Canada Heritage Designated building c. 1920 housed the Bridgemaster, now the local branch of the North Grenville Public Library. Note the plaque on the building and the 1897 hand operated swing bridge. Historically, 3 blasts on a boat’s whistle was the signal to open the bridge. 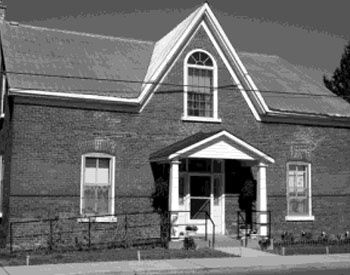 In 1857, Patrick McGowan, the Bridgemaster lived here. A 1 ½ storey brick building (Note: The two southern corners are not right angles). The roof’s steeper pitch and segmental headed windows suggest a later style than most of the other house nearby. 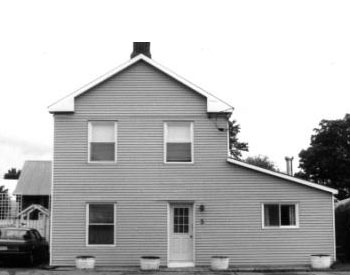 Built around 1850 and used as a shoe shop. The construction is post and beam. Over the years, it has housed various stores, tea room etc. It is now restored as a private home. 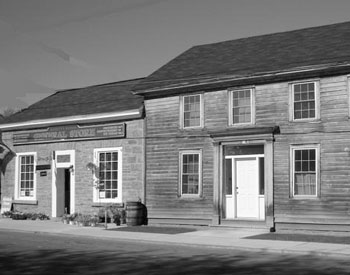 Neo-classical in design and a rather handsome barge board home. Probably built by Hugh Conn in the late 1800’s. Attached to it a stone building which over the years has operated a variety of commercial enterprises. In 1912 it housed the Union Bank. Go East on Centre St. 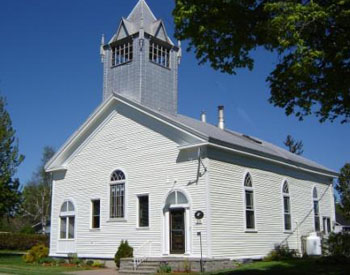 The old Methodist Church, later a United Church was consecrated in 1855 and served as a place of worship for over 120 years. The bell and tower were erected in 1899. It was closed in 1974 and turned into a private home. 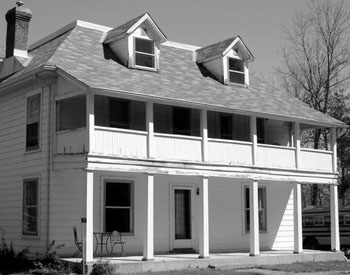 Built by Richard Guest in c. 1872 who owned a tannery and a cheese factory located on Henry Street, both have long since disappeared.