On October 17, 1803 Samuel Wilson and his son James received a land grant for 200 acres from the Crown and built a large stone house on Lot 6 Concession 2. The Wilson’s then began operating a nearby inn which became a key stop on the popular Prescott to Bytown (Ottawa) stagecoach route.

Before the railway began operating in 1854, stagecoaches were the only viable form of over-land travel for going any great distance, but were described as “one of the roughest conveyances on either side of the Atlantic!”

The many small communities which arose in the area were linked by a central road, called the ‘Nine Mile’ now known as South Gower Drive (County Rd. 22). To continue along to Cardinal, one had to travel over a ‘corduroy road’, which was built by placing split logs flat-side down and filling the gaps with dirt and gravel. This practice prevented the road from sinking into the swampy ground - but made for rough travel indeed!

The community which formed around the Wilson home and inn first became known as Archibald Corners after John Archibald opened his store there in the 1840s. When John Heck later opened another store, it became known as Heck’s Corners. John Heck was the grandson of Paul and Barbara Heck, who were among the earliest founders of Methodism in North America. Due to the influence of the name in Methodist circles at the time, the name Heckston was adopted in the year 1857. 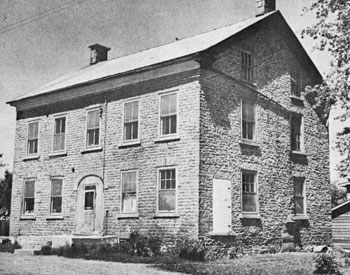 Wilson’s Inn was a large 2 1⁄2-storey building built in the early 1800s. Constructed of locally quarried limestone, it had 18" stone walls and a 3" pine floor. A stable for stagecoach horses originally stood behind the building.

Since the stagecoach days, the building had served as a store, apartments, and a community centre. At times up to four families at once lived in the building. A series of folding doors allowed the 2nd floor to become one large room so dances and community events were often held there.

In 1950 Angus Gilmer purchased the building and operated it as a general store and gas station. Most general stores at the time had a few chairs around the stove where locals could catch up, and this one was no exception.

A fire in the 1980s destroyed what was then still the Heckston General Store, run by the Christie family, and it was rebuilt as the one-storey building you see today. 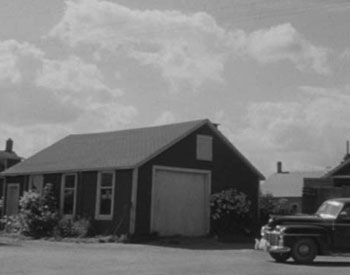 Conveniently located across from the inn, this property was once a blacksmith’s shop which provided service to stagecoach travellers. It was later a garage operated by local mechanic Cecil Hess - continuing to provide vehicle service for a new era. 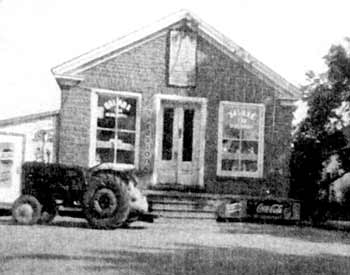 Built c.1900, this was a store which carried a range of dry goods and has also housed a post office and a barber shop at various times in its history. Once one of 3 stores in Heckston, it remained open until the 1970s, when it was owned by the same Cecil Hess who ran the garage across the street. The building still has the original stone voussoirs (archways) over the doors and windows. 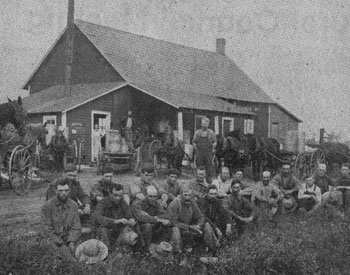 The cheese factory was an integral part of Heckston for many years, operating until the 1940s. The rear of the main structure once housed a series of refrigerated compartments for aging cheese. A community ice rink, just behind the building, was flooded every winter using the factory well.

The chimney in the foreground of this 1913 photograph was connected to a boiler housed in the small addition at the front. The door from this boiler is on display at the grist mill in Upper Canada Village. 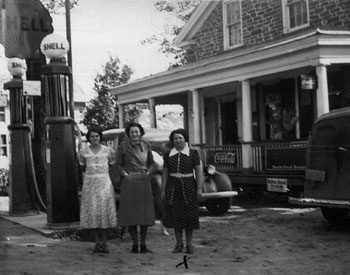 This building was constructed c.1848, although the original Orange Lodge stood beside the existing church until it was destroyed by fire in 1927.

The lodge then moved to the second floor of this building. The first floor was the original store run by Angus Gilmer, who sold groceries door-to- door and operated a grist mill until he moved both the store and mill over to the Wilson Inn property in 1950.

The lodge was a hub of community life, providing not only a meeting place for the members, but also a venue for dances, bees, card parties, etc. 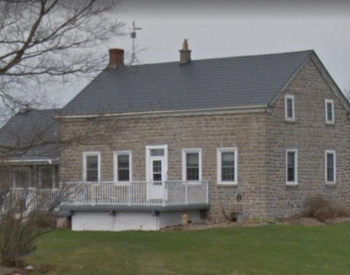 This Georgian-style home was built in two stages. The smaller section to the left was constructed c.1830. The larger addition was added to accommodate the growing family c.1850. The original section contains a sink carved from a single piece of granite imbedded into what was the exterior wall with a drain to the outside. A hop shed was once attached to the rear of the house from back when the farm grew 5-6 acres of hops. The property was originally owned by Jacob Mills and later by Justice of the Peace Gideon Adams. 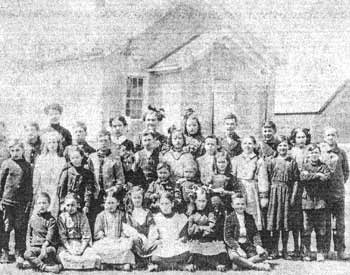 Although the original land grant for a school is dated 1843, this structure was built c.1879. For many years, students could complete their public education up to grade 10 in this schoolhouse. Then they would have to board in Kemptville or South Mountain to complete high school. The school operated until the early 1960s and often 20-30 students at various grade levels were taught by a single teacher. 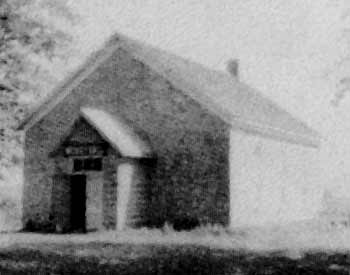 The Methodists in the area were once known for their informal meeting places: in homes, schoolhouses, and even at ‘camps’ where vast open-air services were held. Heckston eventually became a considerable centre for Methodism, hosting large outdoor revivals.

The first church in Heckston was a Methodist church, built in 1869 midway between the Wilson’s inn and homestead. James Wilson granted half an acre for the church and a cemetery whose stones have long since worn away in the field. The church served as a public hall from 1925 until its demolition in the1940s. 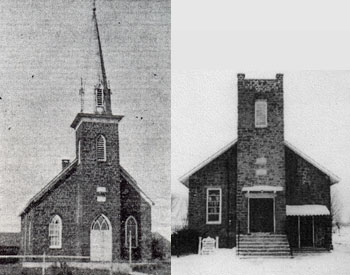 The existing church was originally erected as St. Andrew’s Presbyterian in 1886. In 1925, the Methodist and Presbyterian congregations joined as St. Andrew’s United Church, choosing to operate out of the present location because it was a newer and bigger building. It is said that at the time of transition, people from both churches gathered in the center of the road and walked hand-in-hand to their newly ‘united’ church.

In 1950, the church steeple was lost in a violent windstorm, and several years later, the interior was gutted by fire. The community worked together to quickly complete the necessary renovations, but the steeple was only replaced in 2002. 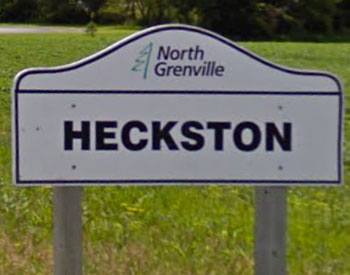 Just down the road from the church, the original Wilson homestead still stands today. After being granted 200 acres of land in the area in 1803, Samuel Wilson opened his inn on the busy Prescott-Bytown stagecoach line and his son James later donated the land for the Methodist church - making them a highly influential family in the region. The stone house was built c.1830. 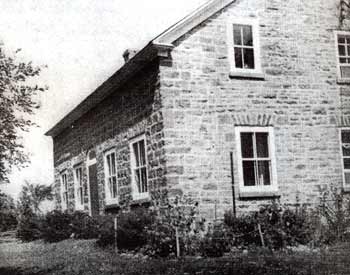 The Eager home is thought to be the earliest house built in the area. It was constructed c.1817-1820, by James Eager, who fought in the battle of Waterloo. His sword from the battle is still in possession of the family. He ran the first blacksmith shop and also built the first cheese factory in the area. Members of the Eager family continued to reside or at least spend their summers here until the 1940s. The Georgian Style house has many interesting features including a cold cellar built into the thick stone foundation wall, a fireplace big enough to burn logs, and a set of box stairs.