South Gower takes its name from Admiral the Hon. John Leveson Gower, second son of the first Earl of Gower, 1740-1792. He distinguished himself as Commander of Quebec and at the relief of Gibraltar in 1782 and was Lord of the Admiralty from 1783-1789. South Gower was surveyed in 1799 and incorporated in 1834, although people were settled in the area much earlier. Tradition holds that the earliest burial in the present South Gower Cemetery was in 1797, a first nations man whose frozen remains were found in the bush.

Phineus Pelton came to Upper Canada from the United States in 1801 under Royal Proclamation and settled on Lot 6 Concession 4 with four sons and four daughters. Peltons Corners, the family after which the community is named, once supported a school, store, cheese factory, blacksmith shop, several sawmills as well as a Baptist and a Presbyterian church . 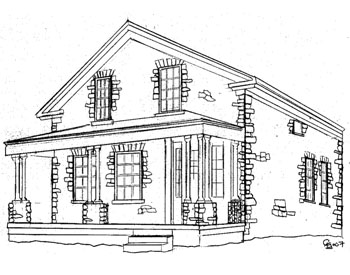 This property was originally constructed as a store and post office on the stage coach route from Prescott to Bytown. It may have been that operated by Elijah Pelton. Previous owners’ Gid and Jessie Percel nicknamed it the ‘coldest house in Canada’. They once erected a ‘tent’ around the stove to stay warm one winter. This field stone structure is built in the Gothic Revival Style, c. 1870 and retains many original features including six over six windows, the transom and sidelights around the front door, the stone voussoirs over the doors and windows as well as the unique pillars that support the front porch. The three pillars on each outer corner are unusual. 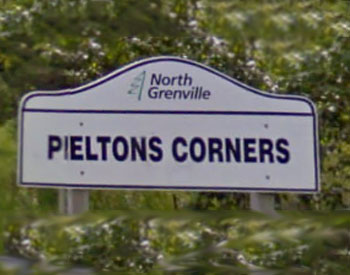 The original purpose of this property is unclear. Early maps show a Presbyterian Church. Local lore has it, it was a store.

Thomas Anderson opened his shoemakers shop here in 1855 and it remained in the family until 1945. Miss Mary Anne Anderson operated a lending library from the south side of the building through the 1930s. This property was owned by members of the Latourell family for many years. This house was part of a 100-acre land grant. The house and some outbuildings which date back to c.1845.ill, her brother, drew mail from Swan Station twice a day. His teams were kept in a large log stable behind the house. 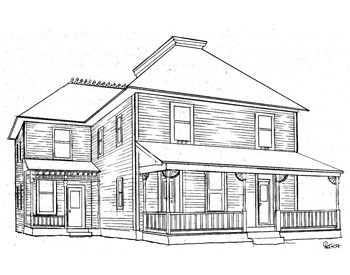 This farm has been in the family for seven generations. One branch of the family settled on the Columbia River in Oregon in a place now known as Latourell Falls. The other branch of the family settled on Lot 5 Concession 4 in the ‘new’ Township of South Gower. The rear, lower, section of this house was built c. 1835. The Italianate Style front section of the house was added in 1901. The home is a magnificent example of the period including the original clapboard, peddler’s tin roof, gingerbread detailing along the porches and the widow’s walk on the roof. 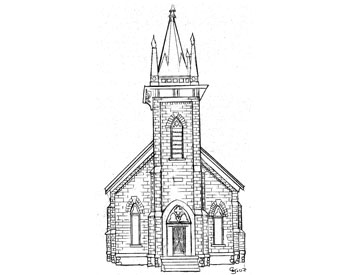 Thomas Christie, an early settler, was seeking spiritual guidance when he organized the ‘Regular Close Communion Baptist Church’ in the summer of 1841. In 1843 a frame church was built on this site on land donated by Phineas Pelton. The red brick structure seen today was constructed in 1886 and incorporates several building styles. Predominant among them is Gothic Revival. The church was once almost entirely surrounded by drive sheds for the congregants’ horses and rigs. It survived a fire in 1988. The church closed for nearly 10 years in the 1970s. The church reopened and held services until 2006. 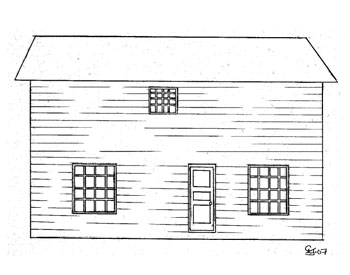 The McGovern family operated a sawmill at this location. It was the last of the South Gower sawmills, operating into the 1980s. The house has been renovated extensively over the years, but retains original neo classical features. Unusual is the small bathroom window near the eaves on the front facade. 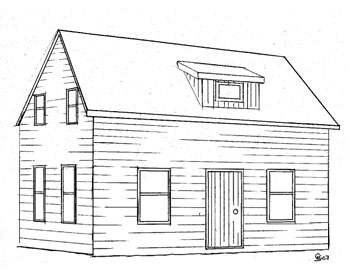 Mrs. Stewart owned this home for a time and then sold it to Russell Lennox. The structure has been extensively renovated over the years. Originally it would have had a central door in the front facade, with a peaked dormer in the roof. 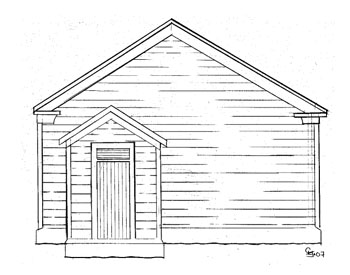 The school house is located between 444 and 440 South Gower Drive. South Gower Section School No. 2 originally sat at 615 Latourell Road. Helen Latourell Smith saved the building from being demolished by the municipality when the municipal building was constructed in the 1980s. She had the building moved to its present location, thus saving an integral part of the historic fabric of South Gower. The exterior has been painted red, yellow and blue over the years. Students spent many winter mornings step dancing, skipping and clapping until the wood stove warmed the interior. It retains the original clapboard as well as the six over six windows. The school house served the community until 1964 when it was replaced by the four room school house south of this structure which in turn was replaced by South Branch School. 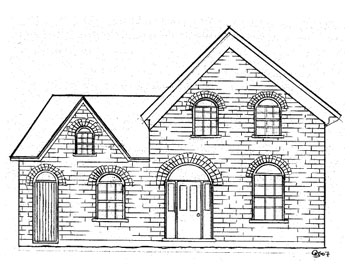 David Beach settled here from upstate New York. The original home was a log structure c. 1800. He dammed the stream that runs through this property to power one of the earliest sawmills in the area. This provided desperately needed timber for construction. David’s son Mahlon later ran the sawmill, followed by another of David’s sons, Benjamin, who operated the mill until 1845.